Volunteers have cleared a mountain of rubbish from Handa Island Wildlife Reserve in Sutherland.

Two boat loads of litter were taken off the island, enough to fill a large skip. 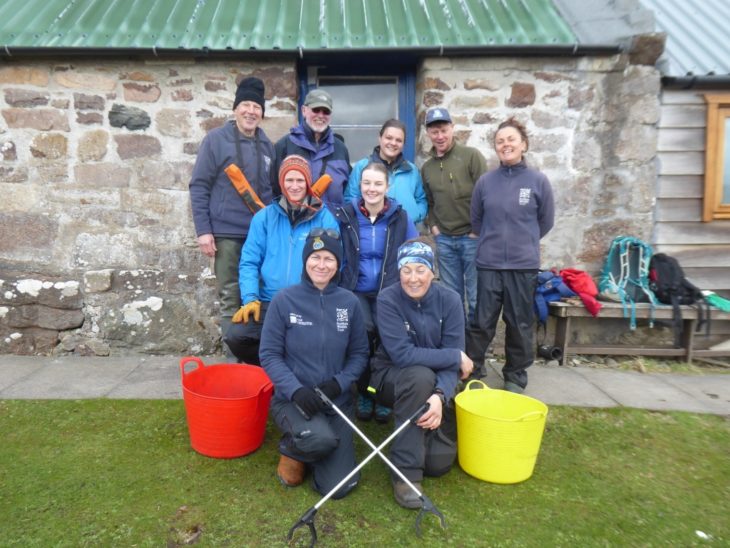 “Hauling tonnes of litter isn’t one of the most glamorous jobs we have to do on the island so I’m very grateful to the volunteers who have helped us out this week, and to Andy Dinsdale who joined us to carry out methodical surveys of what was collected.

“These surveys demonstrate the global scale of the problem and helped us learn a lot about the litter we find on the island.”

The volunteers spent most of their time cleaning the island’s southern beaches, as well as spending a day cleaning up the beach at Tarbet near Scourie, the departure point for the Handa ferry.

The large haul of waste they collected included ropes, buoys and plastic items that can be traced to countries including Canada, the United States of America, France, Ireland and Spain.

Handa is owned by Scourie Estate and managed in partnership with the Scottish Wildlife Trust.

During the summer the island is home to tens of thousands or seabirds including guillemots, razorbills and puffins, making it one of Europe’s most important seabird colonies.

A 6 km circular path takes in the key points of interest around the island. The ferry to Handa Island operates from March until early September.

Volunteers have cleared a mountain of rubbish from Handa Island Wildlife Reserve in Sutherland. Two boat loads of litter were taken off the island, enough to fill a large skip. …