Scottish Wildcat Action brings together the UK’s top wildcat experts in a bid to save this critically endangered native species.

Scottish wildcats are one of Scotland’s last remaining native predators, but continued threats have left the population on the very edge of extinction.

Top threats to Scottish wildcats include:

To tackle these threats, Project Officers from the Scottish Wildcat Action team have identified several key priority areas where, as well as doing camera-trap surveys, they are conducting an intensive trap, neuter, vaccinate and release programme. They are also encouraging pet owners to neuter, vaccinate and microchip their cats, and are working with farmers and land managers to train them how to identify wildcats from feral domestic cats to reduce the risk of accidental persecution. Finally, a conservation breeding programme has begun at the Royal Zoological Society of Scotland for later releasing into the wild in order to bolster population numbers.

The Scottish Wildlife Trust is one of more than 20 organisations signed up to this 5-year project and provides support with project communications and campaigns. 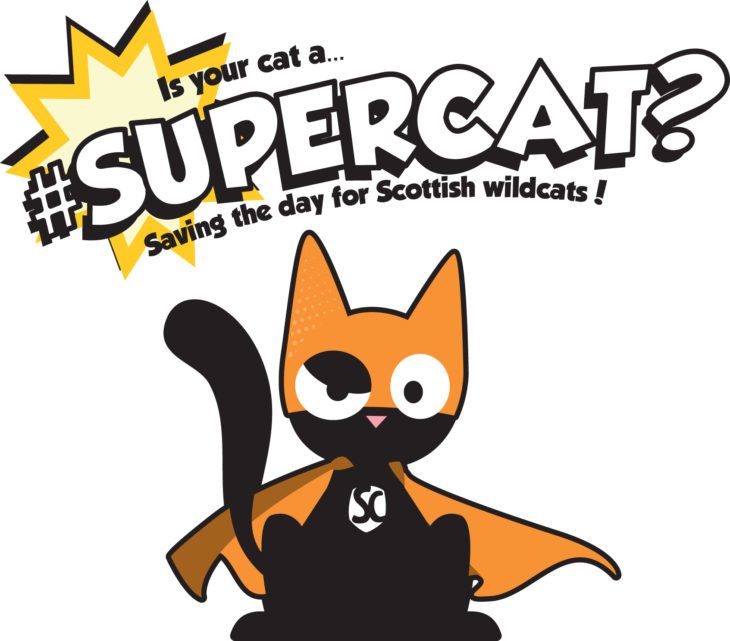 Click here to find out if your cat is a #Supercat

Find out more and get involved

For more information on the project and to find out how you can become involved, visit the project website.