Yesterday we were very excited to hear that the first osprey chick has hatched at Loch of the Lowes! This past month has been all about ospreys, not just because of the nesting activity and eggs at Loch of the Lowes, but because we’ve been seeing ospreys fishing at Montrose Basin almost every single day since the beginning of May. The 13th of May marked the first time this year that we saw five ospreys at the same time from our viewing windows in our visitor centre. This wasn’t just a fluke either – on Monday, one of our keen eyed volunteers saw five at once again! This prompted me to research into whether ospreys have a collective noun, but it seems that they don’t – a perfect indicator of how unusual it is to see so many of these magnificent birds of prey so close together.

One particular osprey has been using the Montrose Basin as a favourite fishing spot. It’s been seen multiple times a week, sometimes catching up to 5 fish a day, perching on fence posts very close to our centre in order to eat away at its catches. We know it’s the same individual because of a blue ring on its left leg – “FC6”. We recently heard back from the BTO Ringing Scheme, and we were very excited to hear that FC6 is a young female osprey first ringed as a nestling in July 2015 at Monadh Mor on the Black Isle. When ospreys make their initial long trip back to Africa after fledging, they spend 3 or 4 years there before migrating back to Scotland for the first time. So it seems that FC6 is using the Montrose Basin as a reliable feeding station. She may still too young to be nesting and raising her own young, but hopefully in the years to come she’ll remember how ideal the Montrose Basin is for fish supplies and potentially nest nearby!

If you’re wanting to see ospreys in action for yourself and wondering how to plan your trip to our visitor centre, then wonder no more: we always recommend that coming in at low tide will give you your best chance for an osprey sighting. We have unusually been seeing fishing ospreys at high tide lately too, but generally, the shallower water makes for easier fishing conditions. You can keep an eye on tide times at Montrose here. Once you’re here, our staff and volunteers will be more than able to point out well-used osprey perches, or (fingers crossed!) ospreys hovering over the basin.

The Scottish Wildlife Trust visitor centres certainly have a lot to offer osprey-wise this summer: successfully nesting ospreys at Loch of the Lowes, and lots of fishing ospreys at Montrose Basin! 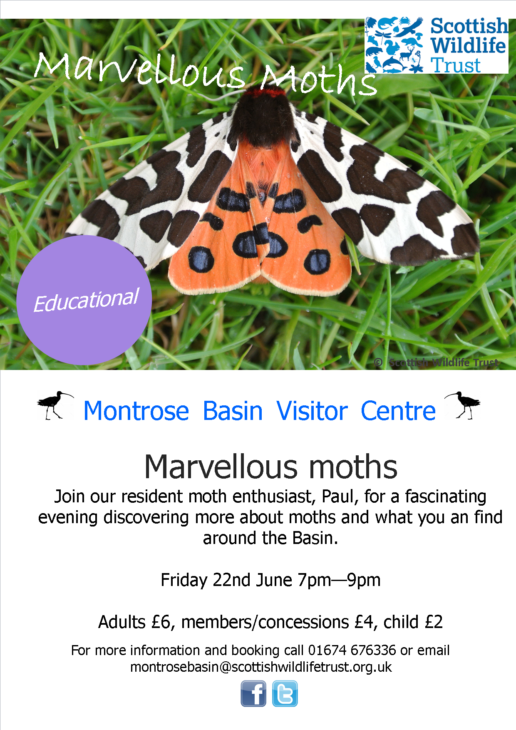 Yesterday we were very excited to hear that the first osprey chick has hatched at Loch of the Lowes! This past month has been all about ospreys, not just because …