Not much in the way of osprey activity at our Loch of the Lowes nest over the last couple of days- though both birds have been seen around the loch briefly. We suspect they may like most of us- sheltering in the deep shade during the heat of the day during this stunning weather , sitting deep in the canopy of trees around the shore.

There has , however, been a  lot of osprey intruder activity over the loch this week- on Wednesday there were four birds in the air at once, and some seriously loud alarm calling going on from our male bird who is ensuring everyone knows this is still his territory. We suspect that the two intruders may be another local pair who have also been unsuccessful breeding this year, as so are ‘dropping in on the neighbours’ so to speak. It is also possible that they could be chicks fledged from another local nest, out visiting, but this seems less likely as we know from our own young birds, they stay very close to home after their first flights. Interestingly more than one visitor and volunteer has thought they’ve caught a glimpse of a blue leg ring on an intruding bird but so far no one has been able to get a clear enough view to read the numbers – who could it be?

Another couple of  osprey questions have come in to ospreys@swt.org.uk

Q: Could ‘Lady’s’ infertility be related to her illness in 2010?

A: Our female was famously taken ill in 2010, but made a remarkable and unexpected recovery. Whilst it is true that she had a higher chick hatching rate per year before her illness, and a lower one since then, we don’t think her illness is the cause of her infertility, or she would be completely barren. She did raise two more chicks in 2012 and 2013, after her illness, and in 2013 even laid a record four eggs which is a sign of a very healthy bird. Though we can’t be absolutely sure, the most likely explanation for her low fertility is her advanced age.

Q:Is there any discussion about keeping Lady in Scotland given her age and the hazards of migration? Taking her out of the wild? She is a national treasure and deserves to end her life (eventually) in Scotland.

A:  “Lady” is a wild bird and there is no question of us “keeping her” anywhere- she is free to do as she choses. As she has lived her entire very long life in the wild, she would  be extremely unhappy in captivity ( almost all ospreys are) and this is not an ethical or indeed legal option to take forcibly a wild bird into captivity. Although osprey life in the wild is hazardous, I am sure if we stopped her ( or any migratory species for that matter) moving with the seasons as nature intended, this would induce extreme  stress.

Though we all think of our beloved bird as Scottish, perhaps it is better to think of her as “borrowed” from Africa each year- she spends as much time abroad each winter  as she does on the loch and glens of Scotland each summer.

We agree she is a national treasure and a great ambassador for her species and their remarkable recovery story in the UK. The best way we can help her is to support conservation work being done worldwide to protect osprey flyways and bird migration routes to make them safer for all in future. 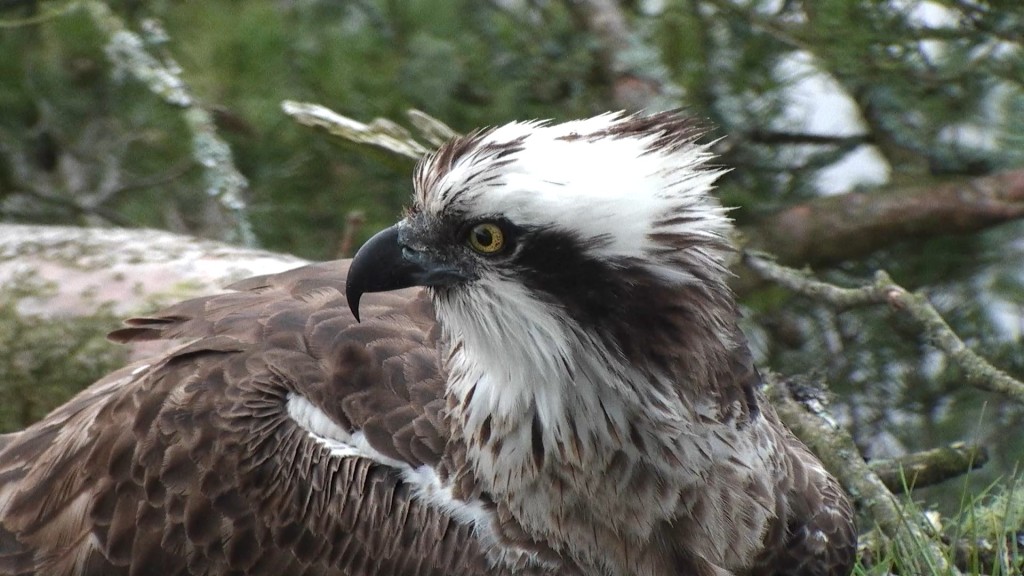