2012 Osprey chick Blue YD is still on the coast of Senegal  this week, having skilfully avoided being seen by colleagues there recently by moving from his winter riverside territory just as they arrived!

His movements this week seem unhurried and typical- short fishing flights over the beach and coastal shallows, and roosting  half a mile or so inland at night. He does not show any signs of struggling to find or hold territory as he is returning habitually to the same places, so he must be doing OK. Does this mean that adult ospreys have already left? 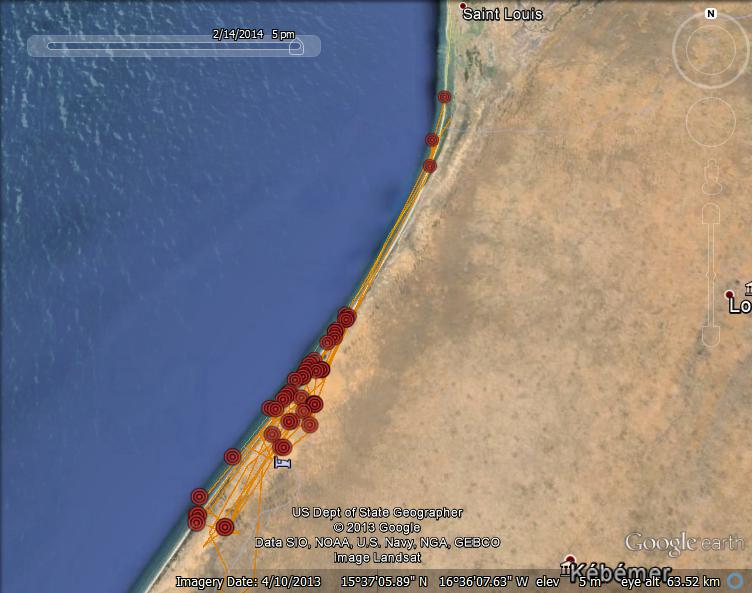 Here’s a close up of some of his most recent movements: 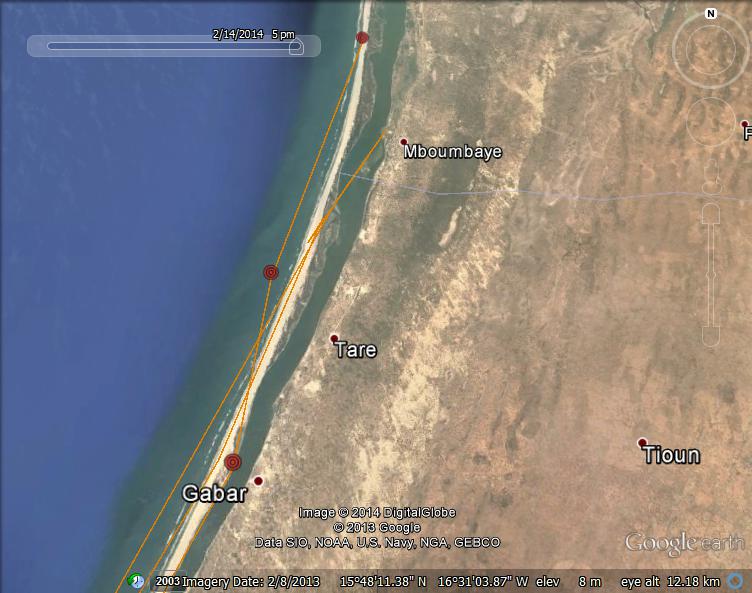 What’s it like in Senegal this week? It’s very dry and 24degrees centigrade- sounds  great doesn’t it?

2012 Osprey chick Blue YD is still on the coast of Senegal  this week, having skilfully avoided being seen by colleagues there recently by moving from his winter riverside territory …