Interesting news from our young satellite tracked 2012 osprey Blue YD in Africa- he’s on the move! He has surprised us all by heading back to the coast- perhaps scouting for a prime seaside territory vacated by an older osprey as they begin to head north for the breeding season, as he did last year in spring. . I had thought it a little early for these sorts of movements but apparently not.

On 28th January, Blue YD left his familiar inland hunting ground on the Senegal River and began the journey down to the coast of Senegal. He left Leboudou Doue at 10:00, travelled past the Forest Reserves of Keur M’ baye, over the Lake of Guiers and through the Ndiael Faunal Reserve. At 14:00, Blue YD was flying past several lagoons near Boyti, East of Saint Louis and successfully made it to the coast at 21:00. Throughout the last days of January and the first couple of days of

February, Blue YD has been based and hunting on the coast between Diourmel and Keur Dao Bèye with the occasional inland roosting and flight with the most eastern journey between Lompoul and Kharane.

Here is a map of his movements the last few days: 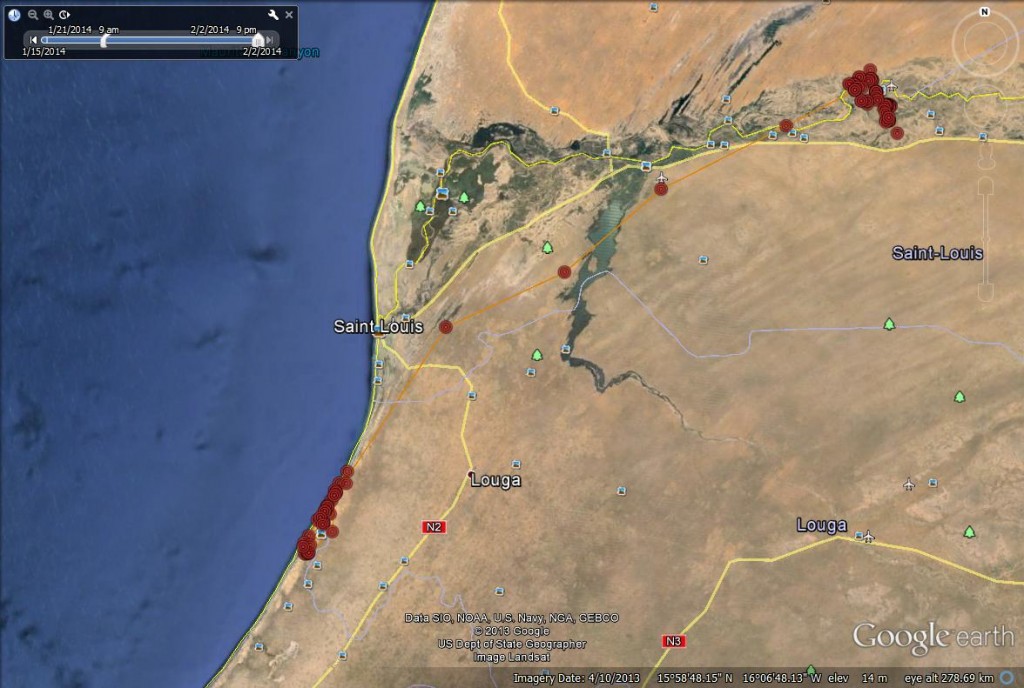 Thanks to volunteer Chantal who did the hard working processing the data this week.

Interesting news from our young satellite tracked 2012 osprey Blue YD in Africa- he’s on the move! He has surprised us all by heading back to the coast- perhaps …