Both our young ospreys are still doing incredibly well and going strong- such a blessing given the statistics of 50% or more of these young birds that do not make it through their first couple of years, due to a huge range of natural and human caused mortality.

The two birds are telling very different stories- last years chick Blue YD ( effectively now a sub adult or ‘teenager’) is still spending a text book “gap year” in Africa, and has returned to the inland area on the Senegal river where he spent last winter , presumably having been pushed off the prime coastal territory where he spent summer by older birds returning recently from breeding territories in Europe. Here is close up of his favourite bend in the river this week: 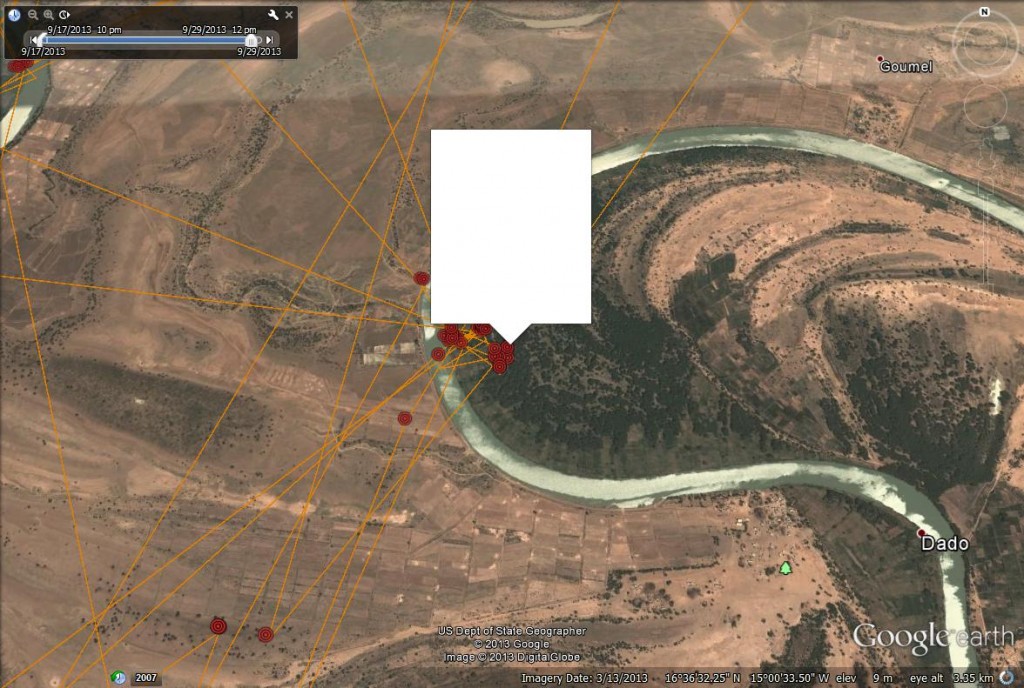 Our younger bird, Blue YZ –  a whole four months old tomorrow! – is still in Southern Spain. She has taken a  strong liking to the reservoir she has found and seems particularly to have found a favourite overnight roost site on the far SE corner in farmland. She is roosting each night in the orange groves- so far she has spent each night in one of three trees in a tight cluster.

It is fascinating to see how much of each day she is spending just roosting and relaxing, with only short bursts of activity over the water 2 or 3 times a day fishing.

The interactive map for both birds is being updated now and will be available by the end of the day.