Today has been great for observing migrating ospreys with four males & one juvenile spotted. Our male osprey brought a brown trout to the nest just before 10.00hrs which Blue YZ promptly claimed. She ate part of the fish on the nest before flying to the Skeleton Tree. It was wonderful to watch her expertly manoeuvring the fish in flight. The male has been shuffling sticks at the nest. This is usual behaviour in the days prior to departure on migration but he spent most of the afternoon preening on the Flat Top Tree.

It is not just ospreys that are moving south on migration at the moment- lots of other species of birds that breed in the UK are now starting to drift southwards, and Loch of the Lowes gets many interesting visitors ‘dropping by’ this time of year.

Other sightings on the loch have been a Water Rail, numerous Great Crested Grebes, goosanders & juvenile goldeneye.

Tomorrow, Scottish Wildlife Trust will have a stand at the Birnam Highland Games so be sure to come & say hello if you are attending. The weather looks promising too so why not also visit Loch of the Lowes at some point during the day & see our ospreys before they depart. 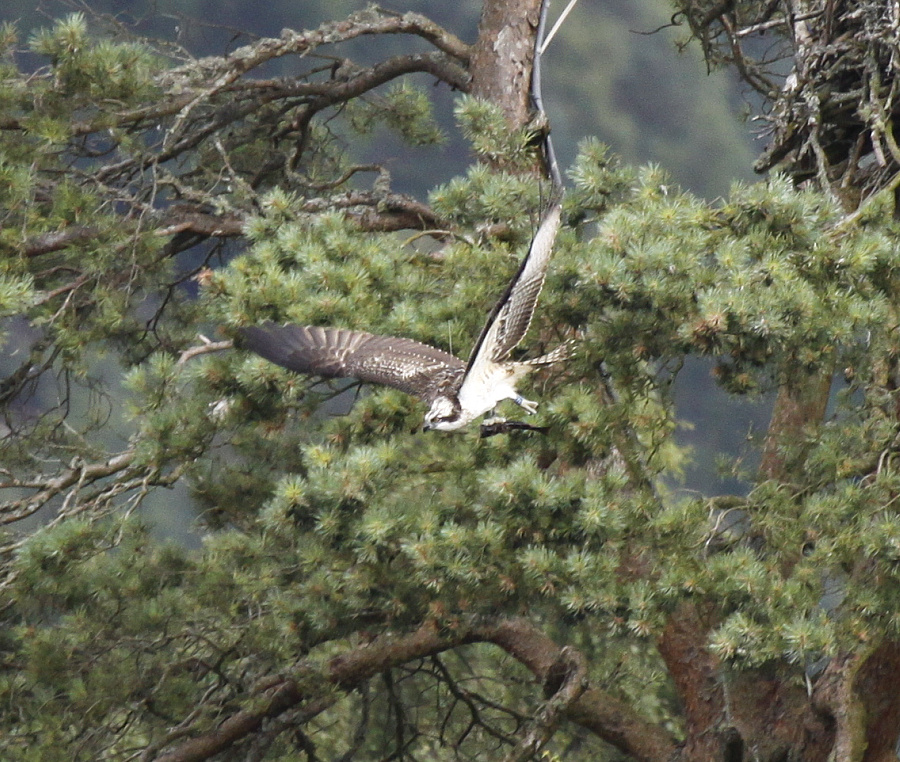 Today has been great for observing migrating ospreys with four males & one juvenile spotted. Our male osprey brought a brown trout to the nest just before 10.00hrs which Blue …

Start of a new decade

Looking Back – and to the Future!

Seasons Greetings from Loch of the Lowes!

Winter time at Loch of the Lowes

Fifty Years of Volunteer Support at Loch of the Lowes

Ranger round-up: So long and thanks for all the cake

The geomorphology of the Perthshire reserves

Ranger Round Up- The ‘Heart of Scotland’ Project