Today has been warm & overcast on the loch. Blue YZ started the day by calling to the male for fish but received none. She continued to call for most of the morning until she flew to the conifer next to the Boingy branch. It soon became apparent that she was hunting for a fish for herself. Many of our visitors were able to watch her make a spectacular dive into the loch but unfortunately she was not successful. I am sure it will not be long before she is catching fish for herself. Our male osprey delivered a large brown trout to the nest just after 13.00hrs. Blue YZ soon took charge & ate most of the still wriggling fish.

Elsewhere on the loch there have been large numbers of Canada geese & mallard, 14 Great Crested Grebes, many goosander & a red throated diver. Numerous fallow deer have also been visible from the hides.

Also tomorrow, author & former Wildlife Liaison Officer for Tayside Police, Alan Stewart, will be giving a talk between 14.00 & 15.00. This event is free of charge & is included in entrance charge. 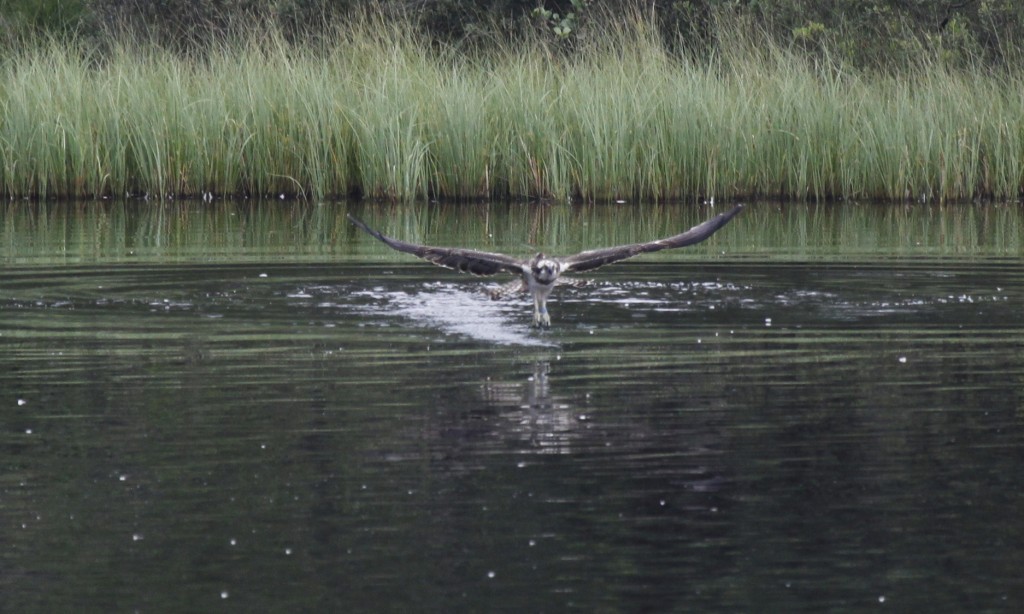 Today has been warm & overcast on the loch. Blue YZ started the day by calling to the male for fish but received none. She continued to call for most …